January 12, 2022 —New York, NY— Today Mystery Writers of America (MWA) announces the recipients of its special awards. The board chose Laurie R. King as the 2022 Grand Master, the 2022 Raven Award recipient is Lesa Holstine, and Juliet Grames will receive the Ellery Queen Award. They will accept their awards at the 76th Annual Edgar Awards Ceremony, which will be held April 28, 2022, at the Marriott Marquis Times Square in New York City.

“Mystery Writers of America is thrilled to honor Laurie R. King as MWA’s 2022 Grand Master,” said MWA President Alafair Burke. “For more than a quarter century, King has entertained readers around the world with her writings, which range from historical fiction to contemporary police procedurals to gripping standalones and scores of anthology contributions. She is also a generous supporter of readers and fellow writers and a leader within the literary community. She exemplifies the excellence that defines the Grand Master Award, and we are delighted to recognize her achievements.

MWA’s Grand Master Award represents the pinnacle of achievement in mystery writing and was established to acknowledge important contributions to this genre, as well as for a body of work that is both significant and of consistent high quality. Laurie R. King is the bestselling author of 30 novels and other works, including the Mary Russell-Sherlock Holmes stories, beginning with The Beekeeper’s Apprentice (named “One of the 20th Century’s Best Crime Novels” by the IMBA.) She has won the Agatha, Anthony, Edgar, Lambda, Wolfe, Macavity, Creasey dagger, and Romantic Times Career Achievement awards, has an honorary doctorate in theology, and is a Baker Street Irregular. Her recent books include Castle Shade and How to Write a Mystery (co-edited with Lee Child.) She has been a member of Mystery Writers of America since 1993 and served on the NorCal and National boards.

On being notified of the honor, King said, “I am sure I’m not the only person who greeted the announcement that they had been given this extreme honor of the mystery world first with silence, then with, “Really? Me??” I mean, any list that begins with Agatha Christie and touches on such gods as Ross MacDonald and Daphne du Maurier, Ngaio Marsh and John Le Carré, Tony Hillerman and—well, you get the idea. ‘I am honored’ is an inadequate response (You are sure you counted the votes, right?) when what I mean is, ‘I am stunned, dumbfounded, gobsmacked.’ And honored too, of course—intensely, humbly, and gratefully.” 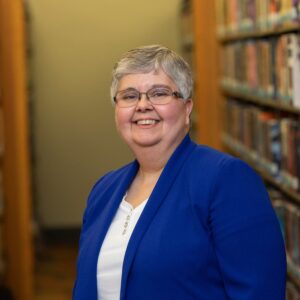 The Raven Award recognizes outstanding achievement in the mystery field outside the realm of creative writing. For 2022, Mystery Writers of America selected librarian, a blogger, and book reviewer Lesa Holstine.

Upon learning she would receive the Raven Award, Lesa Holstine reacted with disbelief, “You’re kidding!” Holstine said, “I’m grateful to the MWA Board, and to mystery writers everywhere who have provided so much enjoyment over the years.”

Holstine has worked in public libraries since she was 16. For almost 50 years, she’s shared her love of books, especially mysteries, with library patrons, and is presently the Collections Manager at the Evansville Vanderburgh Public Library in Evansville, Indiana. She is in the 18th year of writing her award-winning blog, Lesa’s Book Critiques, has been the blogger for Poisoned Pen Bookstore for over four years, and reviews mysteries for Mystery Readers’ Journal and Library Journal, where she was named Reviewer of the Year in 2018. She has received the 2011 Arizona Library Association Outstanding Library Service Award and the David S. Thompson Special Service Memorial Award. She is a member of Sisters in Crime and serves on the Left Coast Crime Standing Committee. 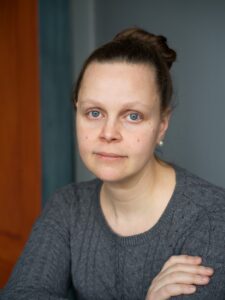 The Ellery Queen Award was established in 1983 to honor “outstanding writing teams and outstanding people in the mystery-publishing industry.” This year the Board chose to honor Juliet Grames, SVP, Associate Publisher at Soho Press, where she has curated the award-winning Soho Crime imprint since 2011. Her debut novel, The Seven or Eight Deaths of Stella Fortuna, was published by Ecco/HarperCollins and has been translated into ten languages.

On learning she would receive the Ellery Queen Award, Grames said, “I am astonished and moved by this great honor. There is no community I could be prouder to work in: the creators in our genre are not only artists but activists and thoroughly good people. It is a great privilege to nurture and amplify their voices, and I humbly thank every author who has ever trusted me with that privilege. It is also a great privilege to work for a publisher, Bronwen Hruska, whose values—both literary and philosophical—align so perfectly with mine. This recognition belongs to them, although I am honored to be their representative.”

The Edgar Awards, or “Edgars,” as they are commonly known, are named after MWA’s patron saint Edgar Allan Poe and are presented to authors of distinguished work in various categories. MWA is the premier organization for mystery writers, professionals allied to the crime-writing field, aspiring crime writers, and those who are devoted to the genre. The organization encompasses some 3,000 members including authors of fiction and non-fiction books, screen and television writers, as well as publishers, editors, and literary agents. For more information on Mystery Writers of America, please visit the website: www.mysterywriters.org